Find a great name for your hunting camp at Frogs Names

Meals At Hunting Camp Can Be Great If You Plan Ahead

The Makings Of Tasty Breakfasts, Lunches,and Dinners at camp

Remember To Season your Cast Iron Dutch Oven Before Going To Hunt Camp.

I grew up using cast iron skillets, pots and dutch ovens and I don’t even remember if we had anything else to cook with which now makes me realize that I might be getting old . I used to protect my irons like they were gold because if you screwed up or let someone else screw up with your arsenal of cook ware then it was really hard to get them back into a good working order and they never seemed to cook a good meal as well ever again. I learned never to allow your iron to sit in water even for a short period of time and if you did it meant that you had to re-season it again immediately so if you had roommates who had no respect for your finest cookware it became a bad thing because they seemed to love to cook with it but did not seem to care to clean them properly if at all and you might come home and find your favorite skillet sitting on the countertop filled with rotting food and stagnant water with a easily recognizable burnished brown tint that signified the all too familiar cookware disease called ‘RUST . If I were lucky it may have only been there a short while but at times I would find it having been unceremoniously dumped into a putrid swamp of  dirty dishes where the poor thing could have died from the aforementioned rust disease.

Season Your cast iron ware as soon as you buy it not months later after hunt season begins because you may open your box of new wares and have a big clump of rusted cookware fused together from having been sitting in the garage in humid conditions .

Don’t leave your cast iron in a sink full of water even for a short while.

Don’t leave your cast iron out in the weather.

Coal grill with mechanism of 40 pieces, for automatic rotation of Arrosticini and skewers, even cooking…they twist themselves.

Kebabs are various cooked meat dishes, with their origins in Middle Eastern cuisine. Many variants are popular around the world.

In most English-speaking countries, a kebab is commonly the internationally-known shish kebab or shashlik, though outside of North America a kebab may be the ubiquitous fast-food doner kebab or its variants. By contrast, in Indian English and in the languages of the Middle East, other parts of Asia, and the Muslim world, a kebab is any of a wide variety of grilled meat dishes. Some dishes ultimately derived from Middle Eastern kebab may have different names in their local languages, such as the Chinese chuan. 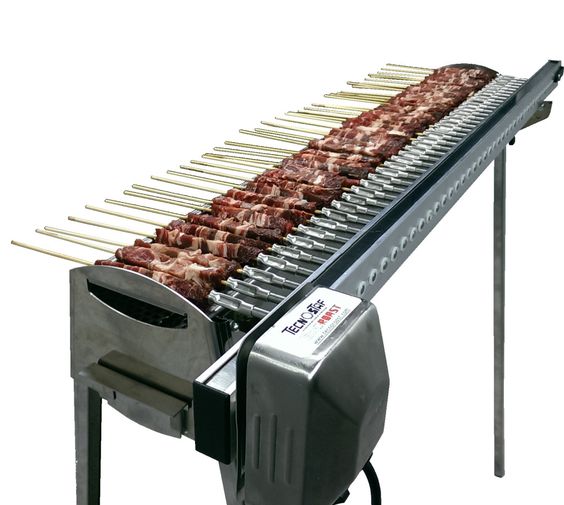 Prepping Meals At Home To Take To Hunt Camp

Here's a great meal to take to camp because It will stay hot till you get there.

This chicken pot pie is a step away from the traditional pot pie, as it uses puff pastry, rotisserie chicken, California blended vegetables, a sauce reminiscent of a Mornay sauce, and a seasoning called Hidden Cove lemon-garlic blend. 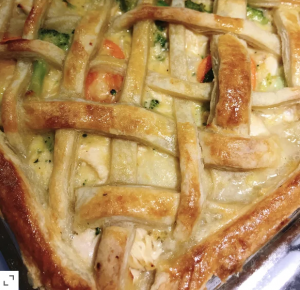 Check Back For More Hunting Stories or Sign Up For Email Alert as More Content Is Added.

Help save the great American Chestnut Tree You can help to save an iconic American tree and increase your hunting experience at the same time.

Learn To Hunt To Survive The Apocalypse

Learn To Hunt So That You Can Survive In Hard Times You may not like hunting , You may not want to hunt , But